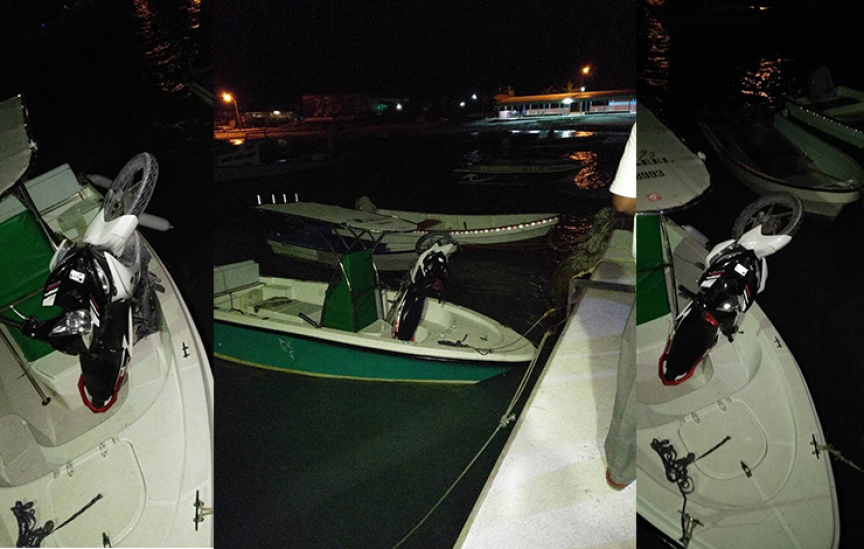 A speeding motorcycle in Haa Dhaalu Kulhudhuffushi has lost control and fallen in to a dinghy at the jetty.

He said that two men on a speeding motorcycle hit his own motorcycle and went off the jetty and into a dinghy in the lagoon. The man on the back seat jumped off before the vehicle went over.

The who motorcycles and the dinghy was damaged in the incident. And the driver of the speeding vehicle was treated at the hospital before being released.

Sun Media has been unable to get a word from the police regarding the incident.