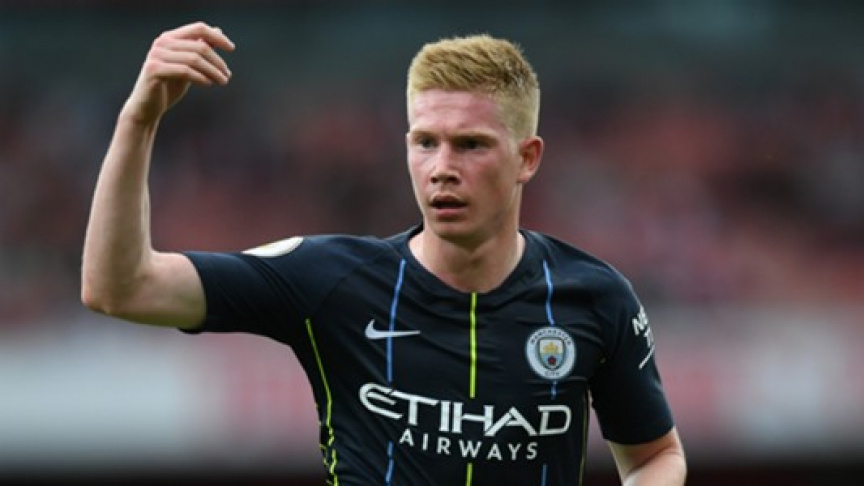 MANCHESTER, England (AP) — Manchester City playmaker Kevin De Bruyne could face a lengthy layoff with a knee injury that forced him to attend an event using crutches on Wednesday.

De Bruyne and his City teammates attended the premiere of a documentary series about the team hours after the midfielder injured his right knee in a training session.

"Kevin is a great player and it's just unfortunate that it's happened to him in training but there's more than enough depth in the squad," defender Kyle Walker said.

City said it was unclear how long the Belgian will be sidelined because "the extent of the problem is not yet known" and that more tests on the knee are needed.

De Bruyne missed two months of the 2015-16 season — his first at City — after sustaining ligament damage in the same right knee.

City opened its Premier League title defense with a 2-0 win at Arsenal on Sunday, with De Bruyne only featuring as a second-half substitute due to a curtailed pre-season after the World Cup.