The Latest: Judge bars use of 'oligarch' at Manafort trial 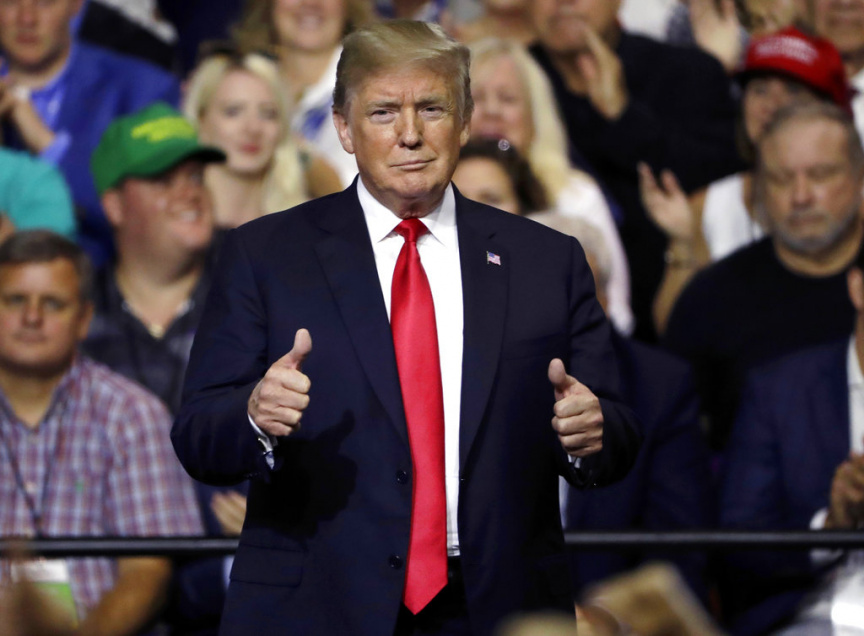 The judge in the trial of onetime Trump campaign chairman Paul Manafort is telling prosecutors not to use the word "oligarch" to describe wealthy Ukrainians who paid millions to Manafort for his work as an international political consultant.

The judge also is cautioning lawyers for special counsel Robert Mueller that the term could imply that Manafort was associating with "despicable" people and therefore guilty himself.

In Ellis' words: "That's not the American way."

Ellis notes that wealthy Democratic donor George Soros or one of the conservative Koch (kohk) brothers could qualify as oligarchs.

Ellis' comments on the second day of Manafort's trial weren't made in front of the jury.

Trump is making his views known in a series of tweets as the trial of his onetime campaign chairman, Paul Manafort, enters its second day in a Virginia courtroom. He's on trial for bank fraud and tax evasion charges.

The president says Attorney General Jeff Sessions "should stop this Rigged Witch Hunt right now, before it continues to stain our country any further."

But Sessions stepped aside last year from overseeing Mueller's inquiry, and it's Deputy Attorney General Rod Rosenstein who's taken over that duty.

Trump is trying to distance himself from Manafort, who led Trump's efforts to secure the GOP presidential nomination in 2016. Trump tweets that Manafort "He worked for me for a very short time."

Manafort was the campaign chairman for about five months in 2016.

Federal prosecutors say onetime Trump campaign chairman Paul Manafort considered himself above the law as he funneled tens of millions of dollars through offshore accounts. And government lawyers are alleging that this money paid for some of Manafort's personal expenses such as a $21,000 watch and a $15,000 jacket made of ostrich.

That's some of what came up during the first day of Manafort's trial in Virginia on bank fraud and tax evasion charges.

The prosecution is laying out the evidence gathered by special counsel Robert Mueller's team. It's the first trial arising from Mueller's investigation into potential ties between Donald Trump's presidential campaign and Russia.

Manafort's defense lawyer describes his client as a hugely successful international political consultant who left the details of his finances to others.