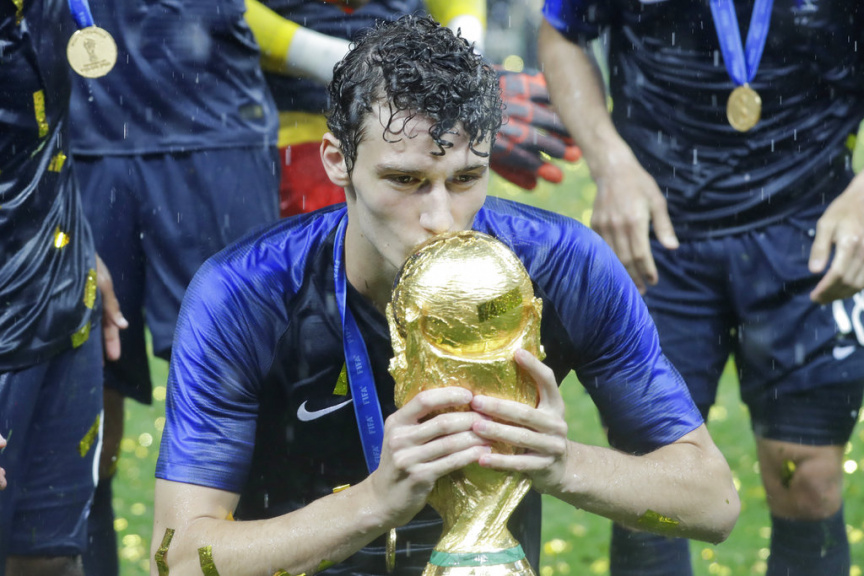 France's Benjamin Pavard kisses the trophy at the end during the final match between France and Croatia at the 2018 soccer World Cup in the Luzhniki Stadium in Moscow, Russia, Sunday, July 15, 2018. (AP Photo/Matthias Schrader)

ZURICH (AP) — Benjamin Pavard has beaten Juan Quintero into second place in a fans' online vote to pick the best goal of the World Cup.

France defender Pavard's spinning right-foot shot against Argentina in the round of 16 came top out of 18 candidates for the award.

Quintero scored for Colombia with a slow-rolling free kick under a jumping Japanese wall of defenders in a group-stage game.

Luka Modric's long-range goal for Croatia against Argentina was voted into third place.