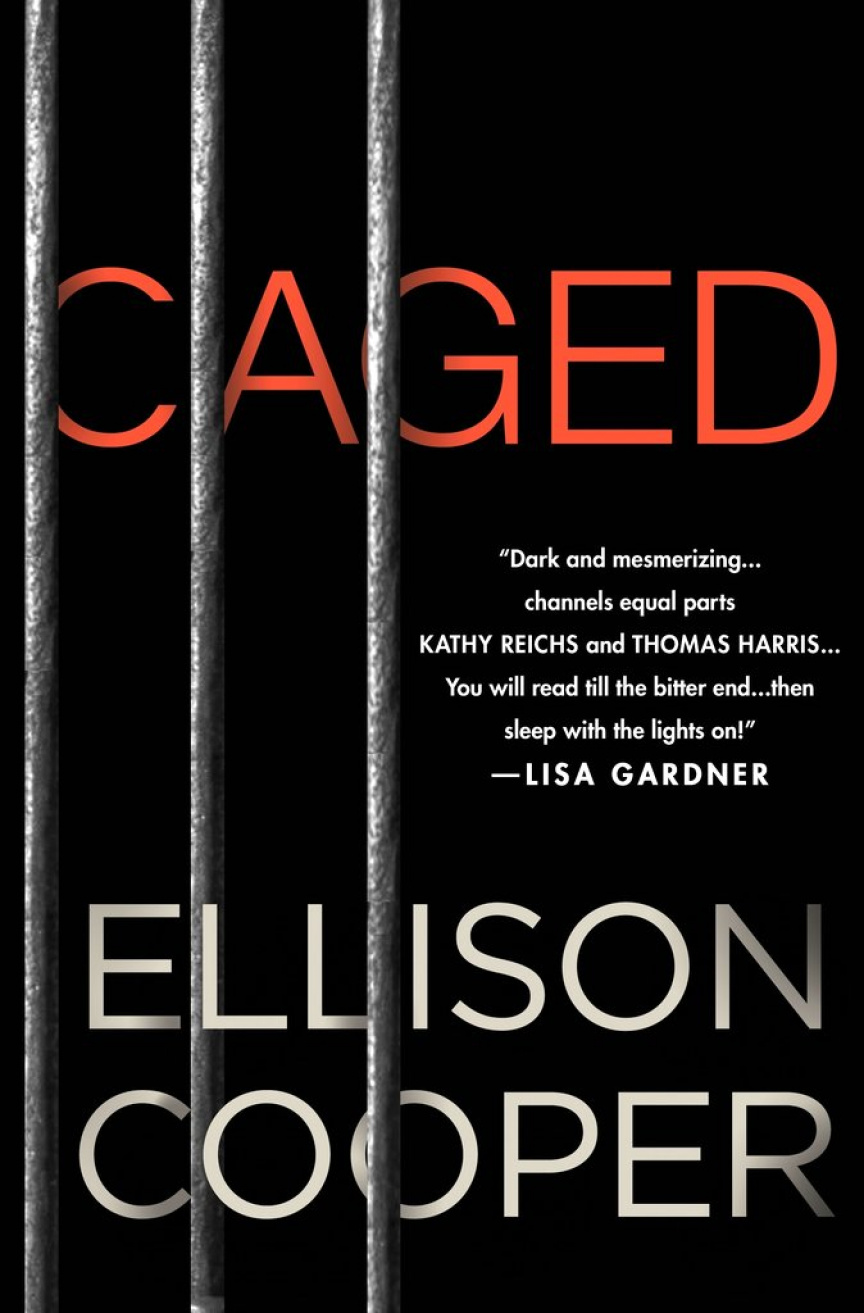 Cooper's relentless energetic storytelling elevates "Caged" beyond the typical serial killer novel as the author weaves in real science to create some unique twists. Cooper also wisely avoids the overly gruesome details that mar many serial-killer novels as she makes her story more about people and their personalities.

The prickly Sayer makes a fine heroine for this new series. Sayer usually is the smartest person in the room, with a complicated background that adds texture to the story. Her career takes priority as she grapples with the pain of losing loved ones, leaving her incredibly lonely. Her spur-of-the-moment decision to take home a little dog found at a crime scene is a start to caring about others once more.

Sayer would rather be continuing her research into the brain patterns of murderers, but her supervisor, FBI Assistant Director Janice Holt, forces her to put that work on hold to take charge of a high-profile investigation. The body of ambitious Sen. Charles Van Hurst's daughter, Gwendolyn, who disappeared a year ago, has been found locked in a cage in a Washington, D.C., house. The senator, a potential presidential candidate, tries to hijack the investigation, holding press conferences and naming suspects who are merely witnesses. Sayer doesn't have time to play politics or soothe egos as she learns another young woman may be held in a different location.

Cooper punctuates "Caged" with believable twists that take myriad paths as it leads to a realistic conclusion. She indulges Sayer with a few character cliches — she has a problem with authority and vows more than once that she will find the next victim "if it was the last thing she did." But Cooper also imbues Sayer with a distinctive voice and a "burning pitch" for justice. Sayer's connections to her Senegalese background and her white grandparents on her mother's side are deftly woven into the story.

This FBI agent should provide much fodder for future novels.