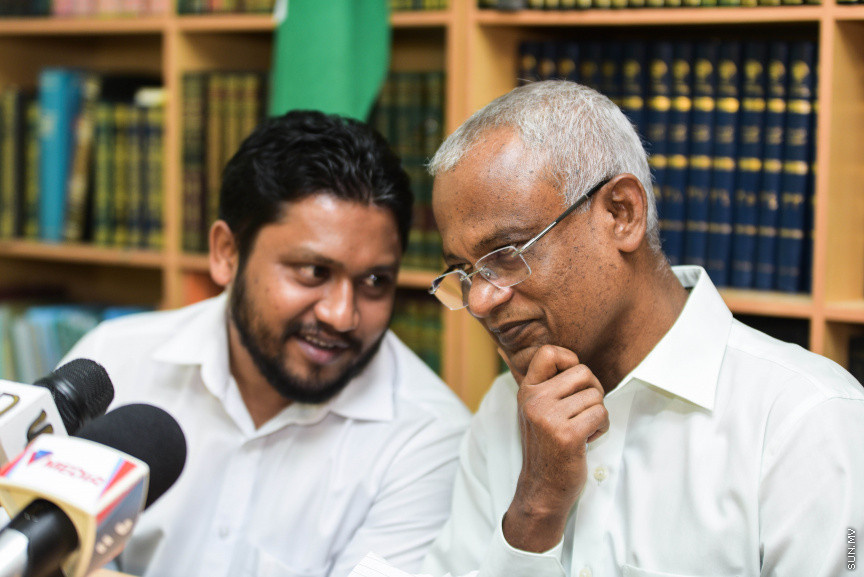 It will be difficult to accept if Jumhoory Party (JP) nominates a woman as the opposition’s running mate for the Presidential Elections 2018, says Adhaalath Party (AP).

“It will be difficult to accept if a female candidate is nominated. The Advisory Committee will make a decision regarding this,” said Zahir.

Zahir said the Advisory Committee will rely on Islamic history and Islamic Sharia in making its decision.

“Many of the Islamic scholars have advised us it’s not the best for a female to be appointed the Head of State,” said Zahir.

Meanwhile, the opposition’s presidential candidate, Ibu said he hopes JP will nominate a running mate who all opposition parties can agree on.

When asked by reporters if Ibu has any conditions his running mate must have, Ibu replied that he does not have any conditions. But that it is important that the candidate is someone all opposition parties find acceptable.

He said MDP has not provided any suggestions to JP regarding selection of a running mate.

JP has said it will announce a running mate on July 10. However, recent comments by JP in social media suggests it may likely be Qasim Ibrahim’s wife, Aishath Nahula (Aisha). Many JP members have expressed support for Aisha in social media posts.