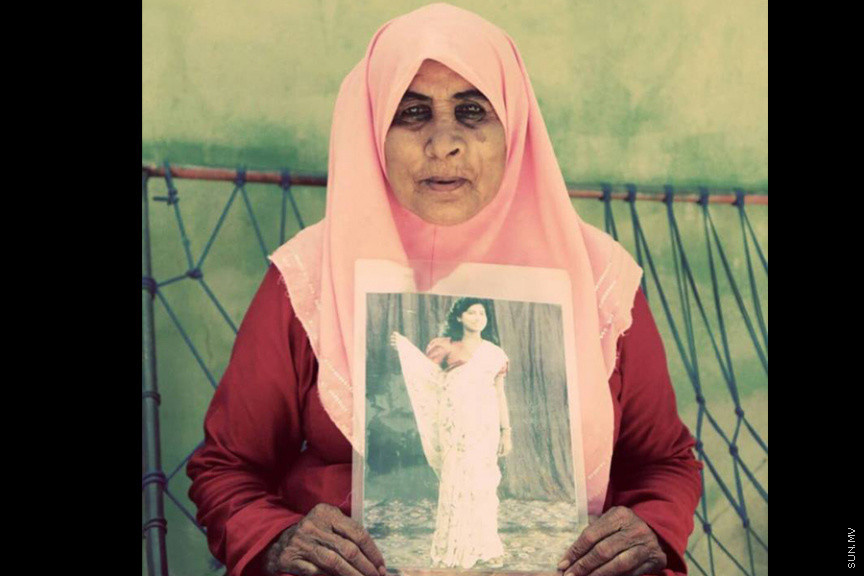 The first and only beauty queen of Maldives, Ramla Ahmed from H. A. Baarah passed away this Tuesday morning.

She passed away from old age at the Indhira Gandhi Memorial Hospital (IGMH) at approximately 10:30 am this Tuesday.

She was 80 years old at the time of her death.

She is survived by seven children; 6 females and one male, as well as several grandchildren.

Ramla was born to Ahmed Ali and Hawwa Hussain from H. A. Baarah.

The first and only beauty pageant in Maldives was held in 1953 as part of the special events held to mark the country’s first Republic Day.

21 young women participated in the beauty pageant which took place at the Dhaarul-U'loom.

The three best looking women were selected by senior State officials. And the women were gifted with items such as yards of fabric as a prize.

Ramla was one of the students brought to Male’ City for education from different parts of the country by Mohamed Ameen, the first President of the first Republic of Maldives.

“She would participate in different community activities held on the island, even with her illness,” said Sameem, adding that he received the news of Ramla’s passing with deep sadness, and that the entire island is in mourning.

Almost everyone who travels to Baarah would visit Ramla at her home and request pictures with her. Citizens of Baarah recall how she would welcome any visitor to her home, either friend or stranger, with grace and warmth.

SC: Letters need to be addressed to Chief Justice