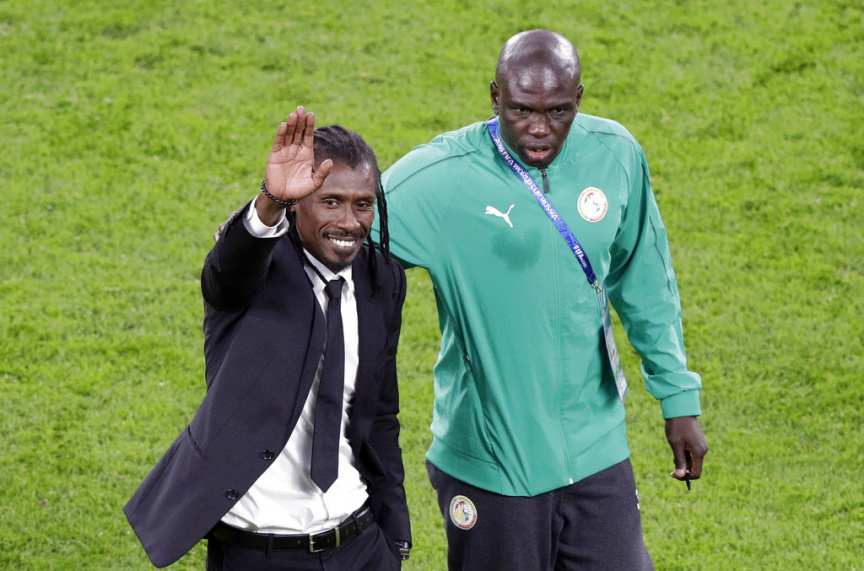 Senegal coach Aliou Cisse, left, waves his hand as he acknowledges supporters at the end of their group H match between Japan and Senegal at the 2018 soccer World Cup at the Yekaterinburg Arena in Yekaterinburg , Russia, Sunday, June 24, 2018. (AP Photo/Mark Baker)

SAMARA, Russia (AP) — As Senegal's new generation pursues its own World Cup success, coach Aliou Cisse says there's plenty to work on — and he should know.

Senegal's last appearance in the World Cup came in 2002, when the team reached the quarterfinals. Cisse was the captain of that squad.

Now with Cisse as coach, the Lions of Teranga will play their final group stage match against Colombia on Thursday in Samara with a spot in the knockout round at stake.

Japan and Senegal lead Group H with four points apiece. Colombia has three and could advance if it beats Senegal, and both could go through with a draw if Japan loses. Poland has been eliminated.

Senegal opened the tournament in Russia with a 2-1 victory over Poland and followed that with a disappointing 2-2 draw against Japan.