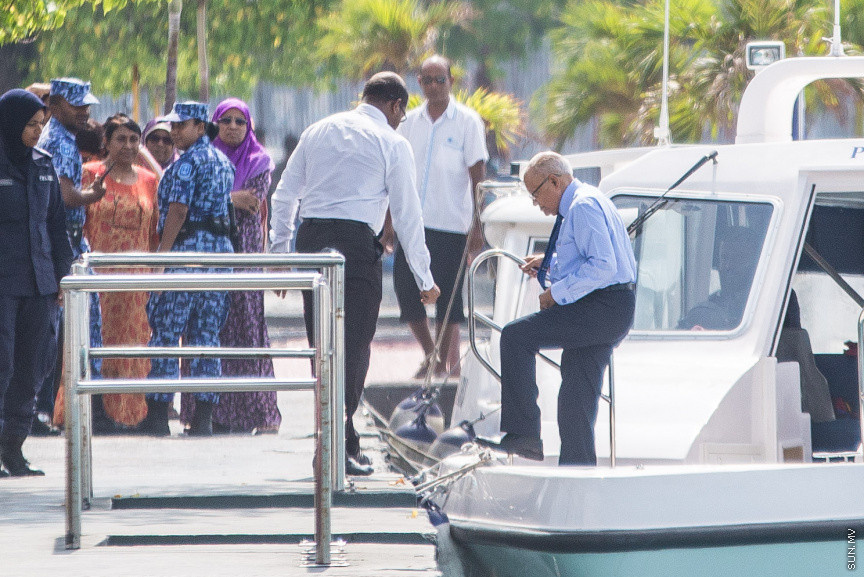 Former President of the Maldives, Maumoon Abdul Gayoom to 19 months in prison.

The Criminal Court passed the same sentence on the Chief Justice, Abdulla Saeed and the Supreme Court Judge, Ali Hameed Mohamed. The sentence came after all three were found guilty of obstruction of justice.

The charge of obstruction came after all three refused to submit their phones to the investigation after their arrest on the night of 5 February 2018. A police officer who testified against them said that all three claimed that they did not have their phones on their person.

And further said that the phones of Judge Ali Hameed and the Chief Justice were not found during the search of the Supreme Court after their arrest.

Aside from the charge of obstruction of justice, the former President is also charged with terrorism and the trial on that charge is ongoing.

This Friday to be Eid al-Fitr