Nihan: India entry denied, did not say why 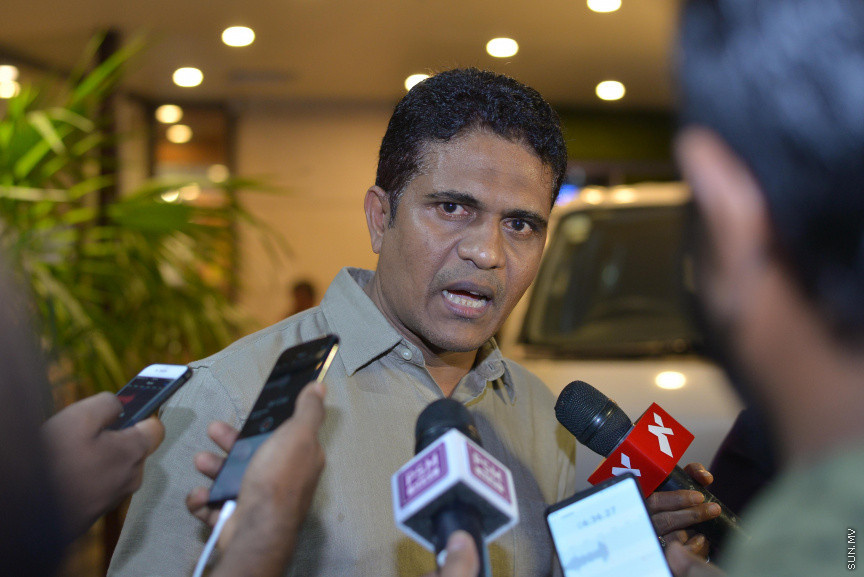 Parliament Majority Leader, the MP for Vilimale' constituency, Ahmed Nihan Hussain Manik, has said that he was denied entry to Chennai, India, and he was not informed why that was.

Talking to the press outside Hotel Jen tonight, MP Nihan said that the Indian government has to clarify whether he was denied entry because he was a member of PPM or because he supports the current Maldivian government.

"I wasn't asked to sign anything. Didn't stamp (the) passport. Didn't say I was banned from entering. But they had three documents. One of those three documents, I know is with my airline agent. But haven't seen (it)." MP Nihan said.

He said that others may find themselves in the same situations and so would try to find out why it happened. Nihan said that he has information that some Maldivians have repeatedly faced that issue.

Nihan said that he would describe the experience as bullying. He said that a big country like India doing something like that is very unfair and so hope that the Indian Ambassador to the Maldives would clear things up.