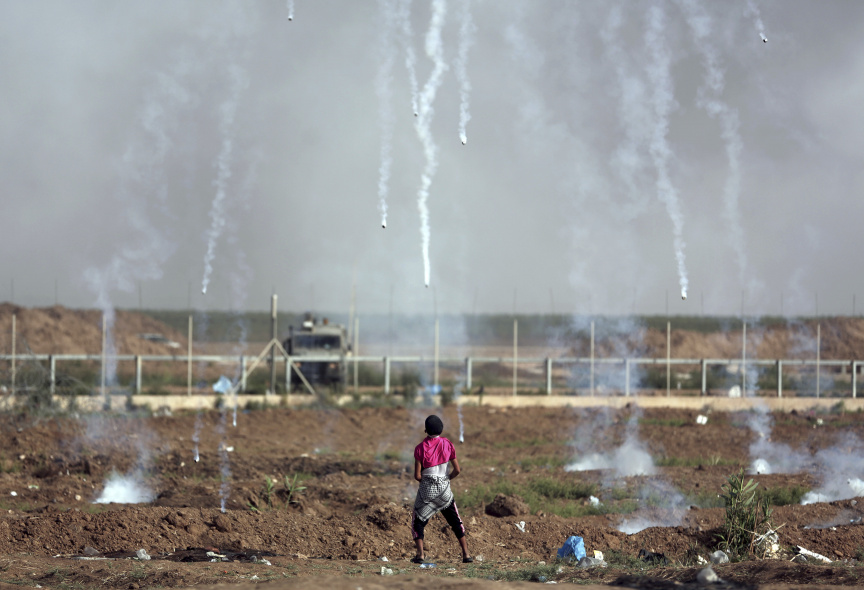 Teargas canisters fired by Israeli troops fall over A Palestinian youth during a protest at the Gaza Strip's border with Israel, Friday, May 25, 2018. (AP Photo/Khalil Hamra)

It said most of the 86 people injured Friday were treated for tear gas inhalation while some sustained gunshot wounds.

It said troops responded with tear gas and live fire.

Leaders of Hamas, the Islamic militant group that rules Gaza, visited protest tents near the border and vowed to continue the weekly rallies they're leading.

Over 110 Palestinians have been killed by Israeli fire since demonstrations began March 30.

Israel says it is defending its border as well as its communities nearby. It accuses Hamas of trying to carry out attacks under the guise of protests.

Israelis, Palestinians can fly on same flights to WCup