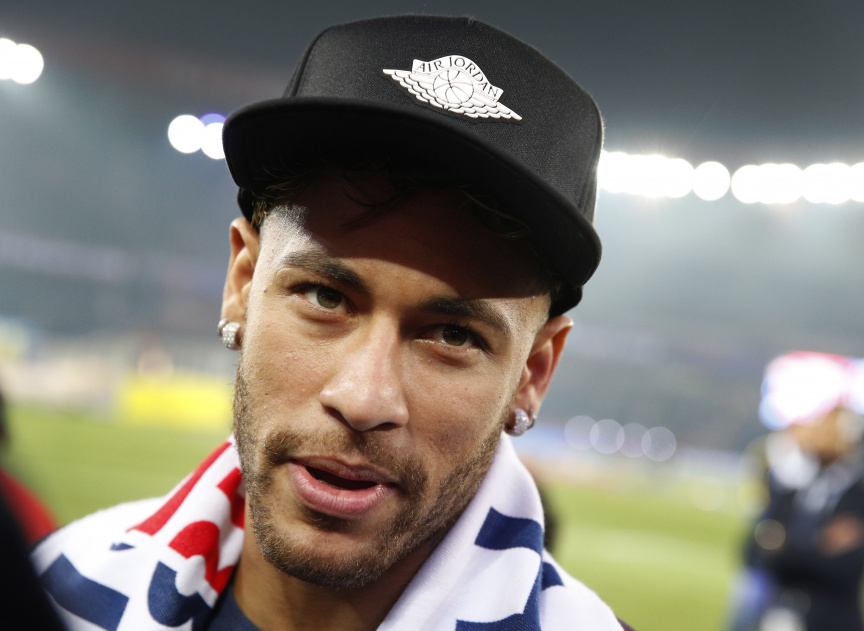 PSG player Neymar looks at the photographer during celebrations for clinching the French League One title after the soccer match between Paris Saint-Germain and Stade Rennais at the Parc des Princes stadium in Paris, Saturday May 12, 2018. (AP Photo/Christophe Ena)

"I would like to thank all of my teammates," Neymar said on beIN Sports television. "I'm honored and very happy with our season. I couldn't have won this trophy without my teammates."

Neymar scored 19 league goals and set up another 13 in only 20 games for French champion PSG.

He has not played since cracking a metatarsal in his right foot against Marseille on Feb. 25. He had surgery in Brazil in March and has resumed light training and ball work as he bids to be ready for the World Cup, which starts next month in Russia.

Second-place Cavani won the award last season and is the league's top scorer again this season with 28 goals, while Thauvin is next with 22. Mbappe has netted 13 since joining from deposed champion Monaco.

PSG coach Unai Emery, who is leaving at the end of the season, won Coach of the Year after guiding PSG to a domestic treble.

However, PSG once again fell short in Europe after going out in the last 16 of the Champions League for the second straight season.