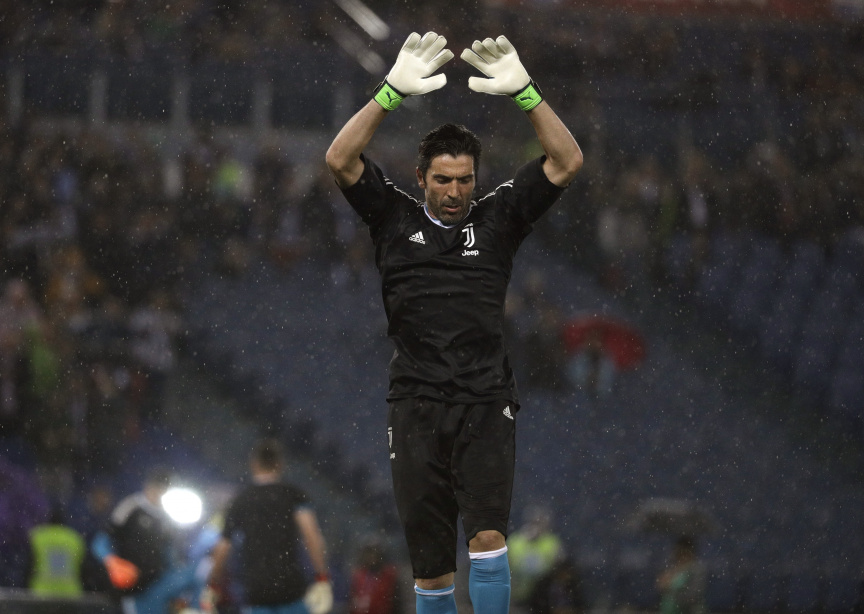 NYON, Switzerland (AP) — Juventus goalkeeper Gianluigi Buffon has been charged by UEFA after aggressive behavior and comments toward the referee during his team's Champions League elimination by Real Madrid.

UEFA said Friday the case against Buffon relates to "general principles of conduct," and his red card for confronting the referee after Madrid was awarded a decisive stoppage-time penalty.

UEFA's disciplinary panel will judge the case on May 31.

The teams were heading for extra time in a quarterfinal, second leg game in Madrid on April 11 when English referee Michael Oliver ruled that Juventus defender Medhi Benatia fouled Lucas Vazquez in the goalmouth.

Buffon verbally and physically confronted Oliver. He was sent off before Cristiano Ronaldo scored from the penalty spot to send Madrid through 4-3 on aggregate to the semifinals.

In post-match interviews, the 40-year-old Italian great criticized Oliver and questioned his ability.

Buffon faces an extension to the automatic one-game ban for his red card. Any ban would apply in next season's Champions League, though it is unclear if Buffon will continue playing beyond this season.

Also Friday, UEFA dismissed an appeal by Atletico Madrid and its coach Diego Simeone against a four-game ban for his conduct at a Europa League semifinal, first-leg game at Arsenal.

Simeone is banned from contacting players and staff in the stadium when Atletico plays Marseille at the Europa League final in Lyon, France, next Wednesday.

Brazil's Dani Alves out of World Cup after knee injury