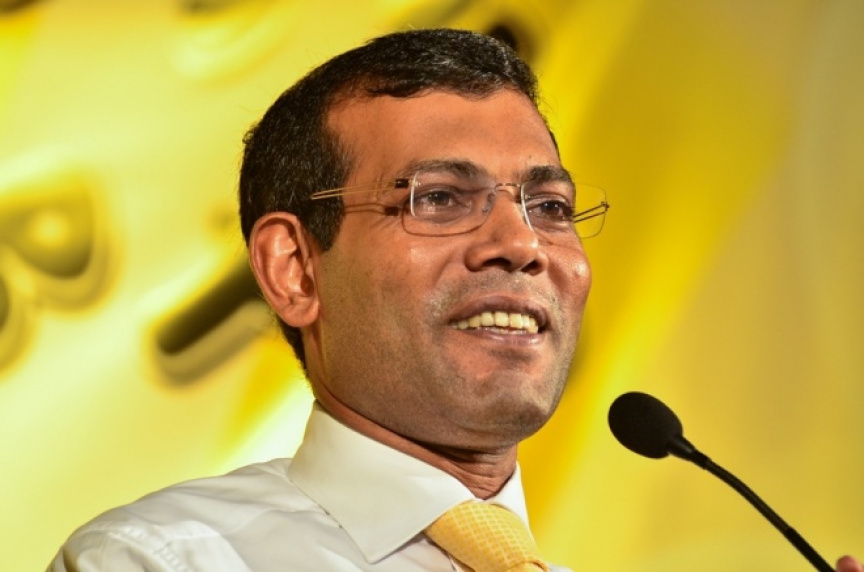 An audio has surfaced in social media where a person, believed to be former Maldivian President Mohamed Nasheed, can be heard plotting the establishment of Addu City as an independent nation from Maldives.

Nasheed is heard plotting the revolt with some members of the Addu Meedhoo Council, in a meeting which took place in Colombo, Sri Lanka earlier this year.

A citizen of Addu is heard suggesting breaking away from Maldives and establishing Addu City as an independent nation. And Nasheed is heard saying “separation will not be possible without weapons”.

Nasheed then took the example of Tortola, in the British Virgin Islands located in the Caribbean.

“I visited Tortola. In the British Virgin Islands in the Caribbean. It’s an atoll the same size as Addu. And it has a smaller population. Roughly the same. There are 32,000 people living in Addu, right?” said Nasheed.

Nasheed is heard asking about where the military officers at the Addu City barracks stood. At that point, another person injects that it can be done by also involving military officers stationed in Fuvahmulah City.

Nasheed then says that “Addu protest will be more effective”.

The police have confirmed it has received the audio. But made no comment on whether it is under investigation.