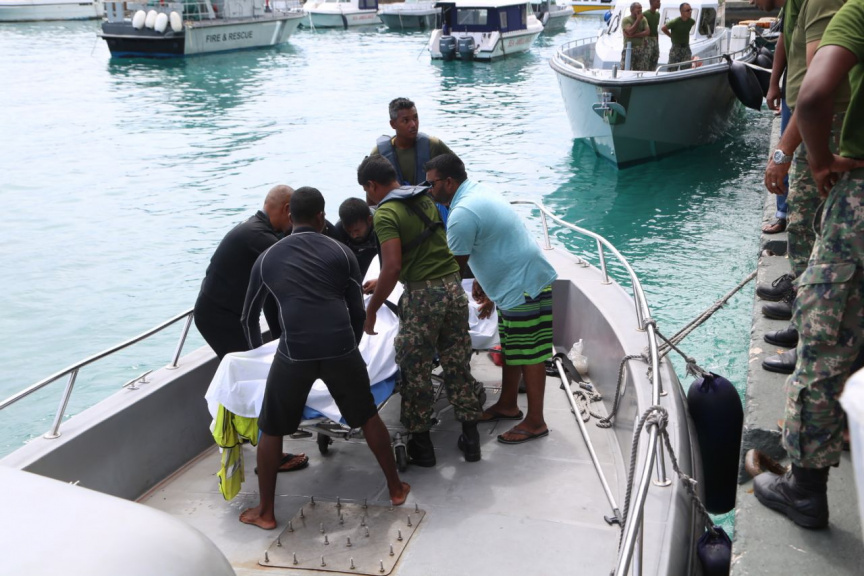 The body of the launch captain killed in the launch collision at sea being brought to Male' City - Photo: MNDF

The body of the man who went missing in the sea collision between two speed launches six miles west of Kaafu atoll Gulhi has been found.

The man who went missing was the captain of one of the vessels.

Along with the launch captain, the other person deceased in the collision is an expatriate on aboard one of the vessels.