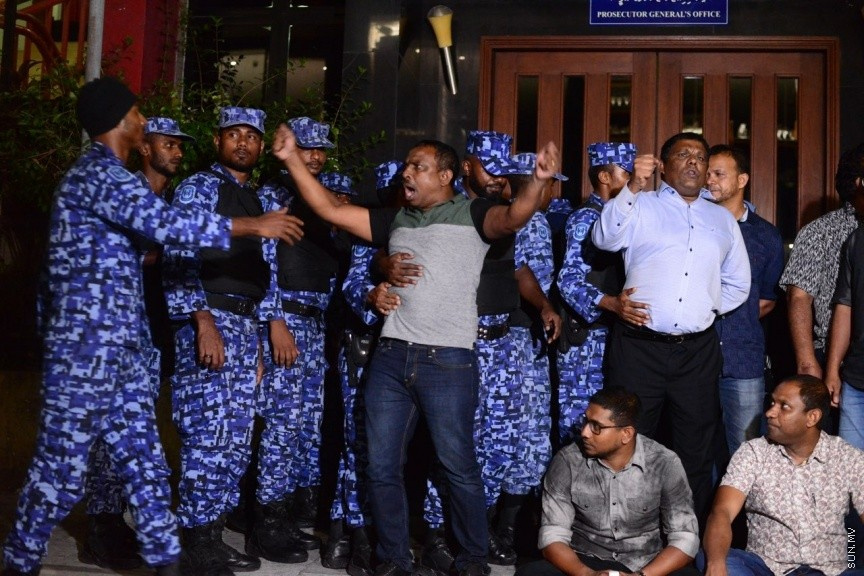 Azim was arrested from the opposition coalition’s demonstration in Male’ City on March 16.

Police were granted a nine-day extension to Azim’s remand, which ran out this Wednesday.

He was released after total 12 days in police custody.

Ibu was also arrested from the demonstration on March 16.