Dunya: Role of women in key positions needs to be widened 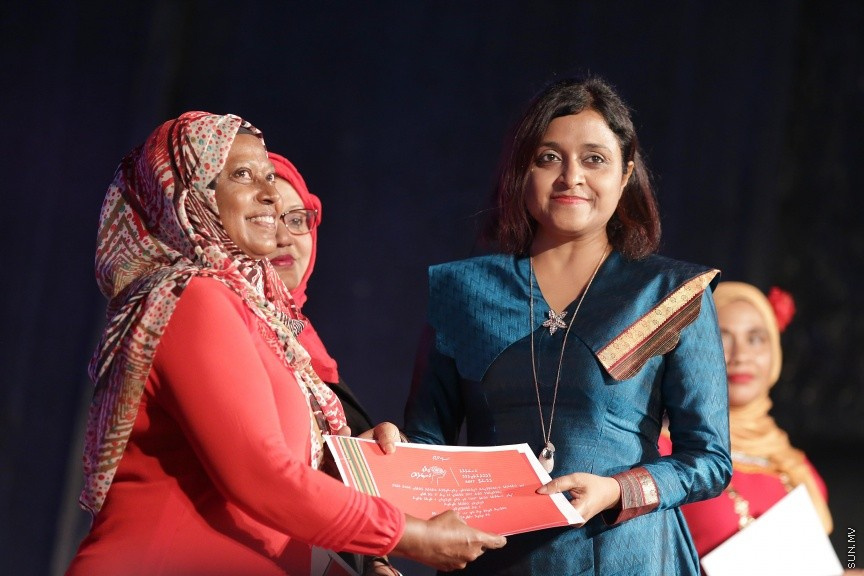 Speaking in an interview with Ceylon Today, Dunya, who has served as both Foreign Minister and Minister of State at Health Ministry said she doesn’t believe there is any legal or religious barrier to women assuming key State and political positions in Maldives.

She said the role of women in the workplace in Maldives is remarkably high, especially in civil service.

“In Maldives, what I have observed is that a lot of women are politically active. They do a lot of hard work at grassroots level and we have also seen many women in the civil service,” said Dunya.

Dunya noted the clause on quotas for women lawmakers which was under discussion during the deliberation over the new Constitution in 2006-2007. The clause did not pass through the Parliament.

“Perhaps even more than that, politics is very confrontational even in the Maldives and I think there is a lot of personal attacks on women and on their private lives and because politics is so dirty, women are still shying away from it. Despite all odds, we see women in key positions, in both government and the Opposition, in this crisis period as well,” said Dunya.

She expressed support for having a quota for women to widen the involvement of women in key political positions. She also said that women had the potential to play a major role in peace building and peace keeping.

"You can forever argue on points of law or who is right or wrong. But ultimately what matters is the ability to talk so that you can agree and plan ahead,” said Dunya.