Australian volunteers save 5 of over 150 stranded whales 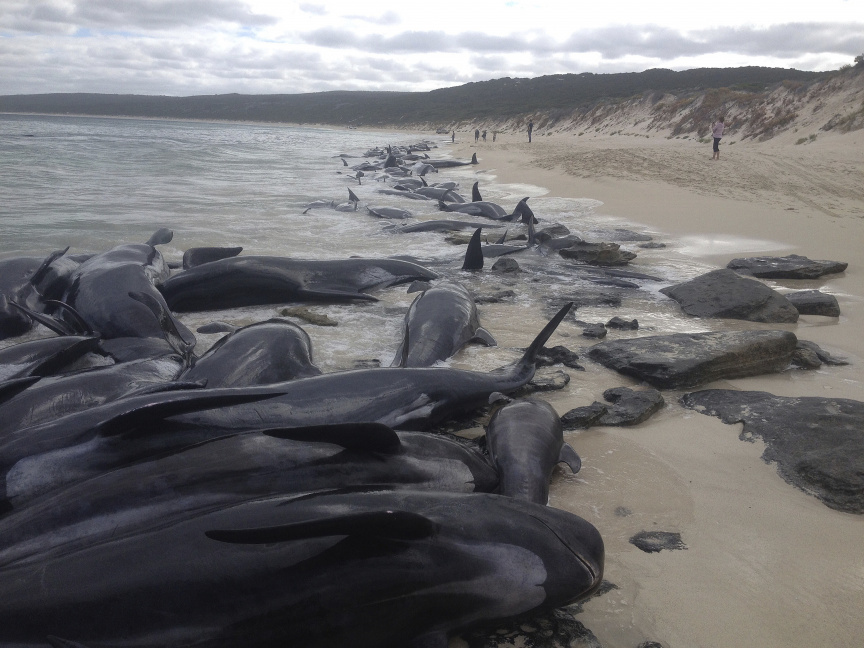 PERTH, Australia (AP) — Volunteers in western Australia have managed to rescue only five of 150 short-finned pilot whales that became stranded on a beach.

The surviving whales, up to 5 1/2 meters (16.4 feet) long, have been moved to deeper waters, but Parks and Wildlife Service Incident Controller Jeremy Chick warned Saturday that whales often return to dry land after mass stranding events.

He's asking the public at Hamelin Bay, south of Perth, to keep an eye in case they spot a stranded whale.

A sixth whale was freed into shallow waters overnight but it beached again and had to be euthanized.

Authorities said they will continue to sweep the surrounding beaches by air and sea on Saturday. Rescue efforts were hampered by dead whales in the water, rocky terrain and rough seas.

The carcasses were removed from the beach and authorities took DNA samples in an attempt to collect clues about why whales strand.

The biggest mass stranding of whales in Western Australia happened in 1996 in Dunsborough. That year, 320 long-finned pilot whales beached themselves.