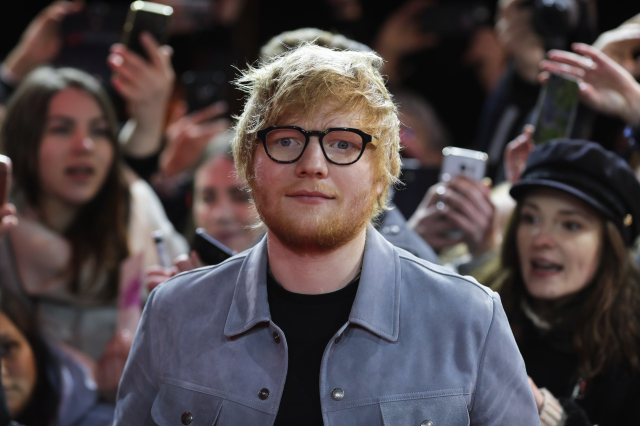 LONDON (AP) — If you think there's no escape from the songs of Ed Sheeran, you may be right.

A global music industry group says the British singer-songwriter is officially the best-selling recording artist of 2017.

The International Federation of the Phonographic Industry says Sheeran had the world's top-selling album last year with "Divide," as well as the best-selling single, "Shape of You."

The group's chief executive, Frances Moore, said Monday that Sheeran's success "is astonishing and testament to his ability to write and perform songs that connect with a truly global fan base."

The IFPI's Global Recording Artist of the Year Award measures sales in both digital and physical music formats.

The 2016 winner, Drake, came second in 2017. Rounding out the top five were Taylor Swift, Kendrick Lamar and Eminem.

Ed Sheeran wins copyright case over ‘Shape of You'

Ed Sheeran has COVID, will do performances from home