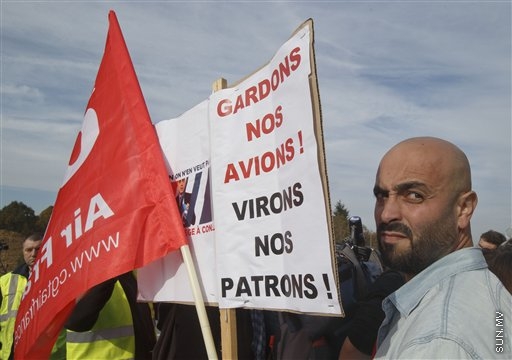 During a meeting a week ago about fiercely contested job cuts at the money-losing airline, union activists assaulted the managers, including the airline's head of human resources, ripping their shirts from their bodies and prompting them to flee over a fence.

The Bobigny prosecutor's office confirmed that five people were arrested early Monday, saying the allegations of aggravated assault carried a maximum five years in prison. A sixth was detained later in the day.

Air France blames the violence on "isolated individuals" and negotiations have resumed. It is proposing a sweeping plan that involves 2,900 more job losses and longer hours.