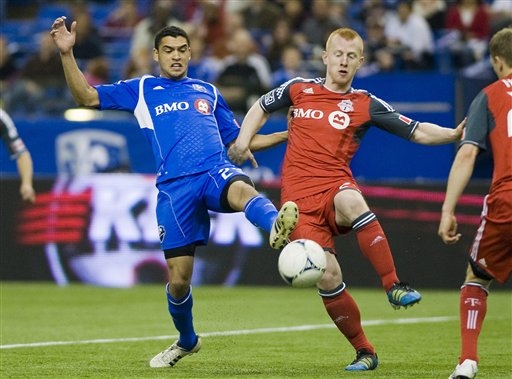 Ubiparipovic, making his first appearance, scored in the 17th minute in front of 23,120 spectators at Olympic Stadium. Wenger, the Impact's first overall draft pick, made it 2-0 in the 81st minute.

Danny Koevermans scored in the 88th for Toronto (0-4-0), which was reduced to 10 men after defender Logan Emory was sent off in the 65th minute.

Neymar to undergo surgery in Brazil

Juventus replaces AC Milan at the top of Serie A